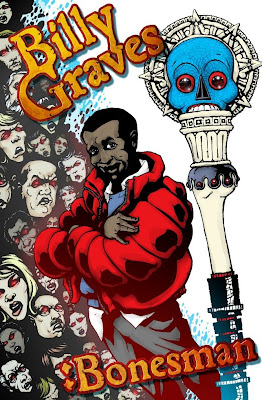 Okay, enough chit chat. If you're taking on National Graphic Novel Writing Month then you'll have already rolled your sleeves up and got stuck in. So we'll be running some practical advice over the next week or so - starting off with how you make your lead character(s) compelling enough to keep the reader's attention through 48 pages or more.

There are several techniques you can use to make people care about your character:

There's nothing wrong with a character having more than one of these qualities! Just don't get lazy and have the character merely be strong or lucky. A smart character like Odysseus has to convince us with his solutions to obstacles in the story, whereas if he just punched his way out of trouble like Ajax then we know that's at the arbitrary whim of the author.

My favorite example of the last bullet point on the list (simple everyday relatability) is the opening scene of the movie Harper, as described by William Goldman in Adventures in the Screen Trade.

It's more important to make a character interesting than to make them likable. Very often you don't want them to start out likable because their redemption may be the point of the story. (Or even their downfall - think of Macbeth or Richard III.) Leaving aside stories, think about the people you know in real life. Isn't it true that you spend more time talking about the person who behaves outrageously or amusingly or unexpectedly or brilliantly, than you do paying attention to that really, really nice friend who is just a little bit boring? Come on, you can admit it - we're professionals here!

How do you make a character interesting? Simple. Show us the side of them that we can see will inevitably lead to conflict. The anticipation of that, and the desire to see how the conflict will play out, will keep your reader riveted to the page.

The illustration above is from my graphic novel Billy Graves, of which you can read the opening half of the first act online with fantastic art by Dan Strange. More about creating compelling comics characters on the Mirabilis blog. And there are truckloads of good general writing tips on Nail Your Novel.