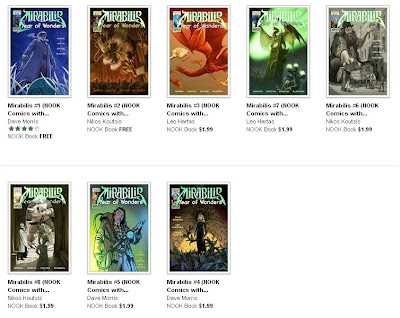 Thanks to the good digital comics fairies at Graphicly, the whole of Mirabilis season one is now available in NOOK Books. Issues 1 and 2 are free, and the others are $1.99 each.

Graphicly are also converting these issues to iBooks and Kindle formats, so watch out for updates on those shortly. And in a few weeks we'll have news of a stunning deluxe edition collecting all of season one and a sneak preview of season two, in a single full-colour volume at a price that'll make your jaw drop. Stay tuned.
Posted by Dave Morris on Thursday, August 30, 2012 No comments: 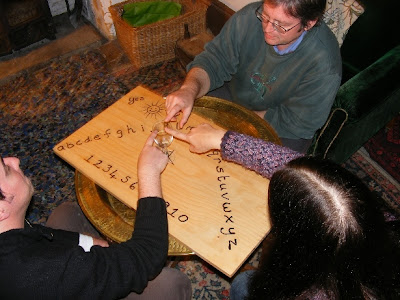 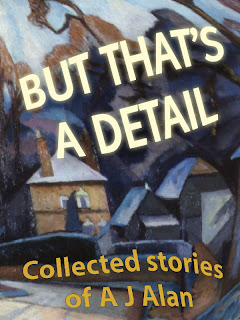 I've blogged before about A J Alan, radio raconteur of '20s and '30s Britain. Think of an English Rod Serling, only on the wireless instead of the TV and with considerably less formulaic a cast to his storytelling.

That era was the Burgess Shale of broadcasting, when interesting experimentation trumped genre, ratings and tribally narrow tastes. A J Alan's tales of the odd, the quirky, the (mildly) racy and the (sometimes) supernatural were definitely perfect for long winter evenings by the fireside with tendrils of grimy London fog pressing up against the window panes. Not "the Twilight Zone" so much as "the Velvet Hour" - which, I know, some say is dawn, not dusk, but I think of it as the time when cocktails may be respectably mixed and drunk and one might start to think about dressing for dinner - at least, in the world that Mr Alan and his listeners inhabited.

I mention this now because Spark Furnace Books have just published a paperback edition of But That's A Detail, my collection of A J Alan stories. So if you want something different, and really rather good, I'd say it's an absolute snip at £3.99.