I was heartened recently to come across an article by Nabokov in which he spoke up for short stories. Thank goodness, I thought. Now I can own up to my private passion, and if anyone pours scorn I have the author of Lolita in my corner. But when did the short story become such a guilty pleasure? While the novel may date back a thousand years (The Tale of Genji – discuss), the short story is as old as fire. Why should it need defending?

Perhaps because it’s so old and familiar a form. Short stories often have the smack of wood smoke, of a yarn told intimately at hearthside or from a bar stool – in contrast with the high, declamatory idiom of many novels. Somewhere along the way from cave to drawing room, people started to confuse questions of high and low art with the quite different matter of quality and worth. As the Victorian middle class began to aspire to genteel literary tastes, the short story got thrown in among the penny dreadfuls. People continued to enjoy short stories. They just didn’t want to admit it.

And yet look at the short story’s champions. Dickens, Kipling, Mansfield, James, Hemingway, Salinger, Borges. I could go on and on. Plenty of literary giants haven’t shared the popular lack of respect for the form.

Graham Greene, for example. He said that, while a novelist needed to feel his or her way through a story, the short story writer could perceive the whole shape of the work before they began. Which is true, as far as it goes, but not every short story is a polished epicule in fractal miniature. The most interesting ones defy all sense of morphe and give us something nearer to real life: an elusive twist of truth without a definite end. So Steinbeck can write of haunted chewing gum, Lawrence of a family’s dark secrets revealed down a drainpipe. People can wake up as cockroaches. Repressed feelings manifest as overcoats, pocket watches, cleaning products and pet ferrets in ways that would blow Freud’s bow tie clean off.

Arguably the highest goal of the literary art is to represent things that have multiple meanings at once. Frankenstein’s creature – is he Victor’s id? His child? A real monster? An imagined terror? A philosophical question? Answer: all of the above. This is hard for a novel to pull off, especially these days as the entire orbit of the novel is being tugged off course by the mass market’s assumption that a novel, like a movie, is supposed to be straightforwardly a recounting of events. But short stories are free to be surreal, shapeless, irrational. When a writer takes on a short story, they get to kick off their shoes and go wherever the material takes them.

Polti said there are only thirty-six dramatic situations. Hollywood has supposedly boiled that down to just seven plots. A horrible future of reductive storytelling would await us, if not for short stories. The short story writer, like the poet, doesn’t have to give a fig for plots and dramatic situations. Story arcs can twist like Möbius strips, splice into something different with no more sense than a dream. Redemption? Closure? Put a coin in the swear box, please. This is fiction in its purest form.

Still, we admire artifice in a work. We look for the connective structure. We like to perceive a shape. In a collection of short stories, though, it is the whole that has the shape. It’s only when we step back that we can see the common themes being explored. The individual stories are free to dart away from definite analysis. Hence Between Stops, which is not just the time we have to while away but the mental space between anchors of logic. What will you discover on these journeys? The answer for each reader is a different one – and there’s the beauty of the form.
Posted by Dave Morris on Tuesday, July 22, 2014 3 comments: 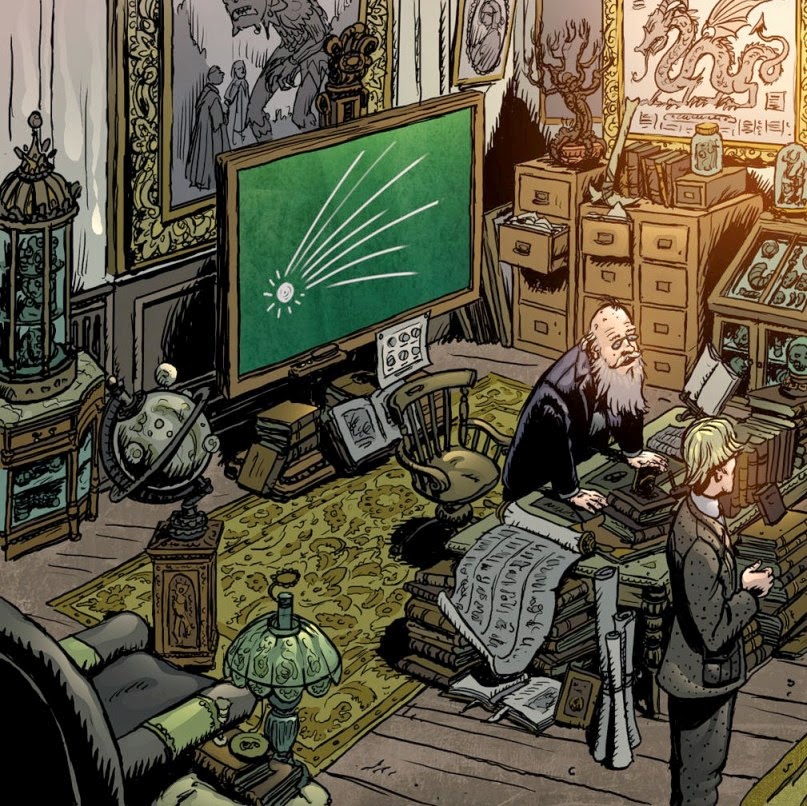 In a fight between Hercules and Thor, who would win?


Yours, Piers Craddock and Will Rice,
St Paul’s School,
Hammersmith 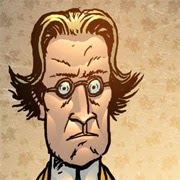 Dr Clattercut replies: Ah, doesn’t that take you back, Bromfield? In one’s schooldays the world seems so simple, every problem so black and white. Well, Masters Craddock and Rice, I have to tell you that even in the Year of Wonders, reality is a little bit more complicated than algebra books and rugger pitches may have led you to believe.

Prof Bromfield: Quite. In any case, Thor would obviously win, being a god.

Dr Clattercut: The matter is entirely hypothetical, but even so I don’t think it is as clear cut as you say, Bromfield. Hercules’s father is Zeus, king of the gods.

Prof Bromfield: He’s half-divine, then. But still only mortal. And wrestling a few boars and oxen and whatever — all those tedious labours—hardly puts him on a par with the god of thunder. Remember that Thor’s hammer is so heavy that only he can lift it…

Dr Clattercut: What about when Hercules took the entire weight of the heavens off Atlas’s shoulders? I daresay that’s a greater burden than any hammer.

Prof Bromfield: Well, there you have it. The hammer’s the key. Big biceps aren't going to matter a jot after a clonk with a weapon like that. You know the Norse myths, full of giants falling like skittles. Think what it sounds like when a thunderclap goes off right over your head. Rattles the furniture, eh? Well that’s Thor’s hammer heard at long distance.

Dr Clattercut: It’s hardly an even contest if Thor is going to use his hammer. I’m saying that without the hammer, a straight grappling match — then Hercules is bound to be the victor.

Prof Bromfield: Why would the god of thunder agree to fight and leave his hammer at home? Not that he needs the hammer to defeat a Greek strongman, seeing as he actually is the mightiest of all the Aesir.

Prof Bromfield: And I haven’t even mentioned Thor’s magic belt yet that doubles his strength. Or his iron gloves that double it again.

Dr Clattercut: I give up. 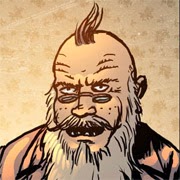 Prof Bromfield: As would Hercules!
Posted by Dave Morris on Friday, July 18, 2014 No comments: