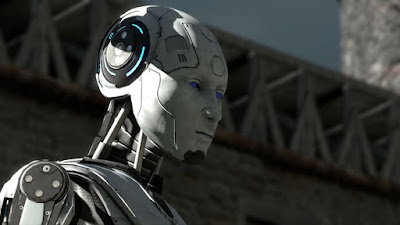 ‘Awright, awright. So I killed an old couple for a can of beans. Still tucking in, though, right? Remorse didn’t spoil your appetite.’

My friend’s wife, passing the room, stepped back and looked in with an expression of maternal concern. ‘Everything okay?’

‘Sure, except that we’re now having to give away the last of our medicine to a beggar to stop these whiners from moping. Other than that, everything’s great.’

It was This War of Mine, a game in which you look after a household of refugees in the middle of a war zone. No death-or-glory shoot-‘em-up, this is a game where victory is keeping a tomato plant alive long enough to get a meal off it. Survival means hard choices. Selfishness. Robbery. Even murder.

Videogames, of course, are full of mayhem and murder. Many portray a mean world in which the enemies you blow away are so othered as to be mere objects. But tie the possibility of bloodshed to a life-or-death situation and things become interesting. It’s no longer the violence of the true sociopath or the zombie killer, so dreadfully boring, but the choice of ordinary human beings in extremis.

Injustice is a ripe subject for storytelling, and the most potent weapon to that end in traditional fiction’s arsenal is empathy. It’s hard not to feel a red fury of outrage at Lady Catherine de Bourgh’s full-sail arrogance, or choke with shame at Siegfried Sassoon’s contemptuous treatment of his aged semi-fictional aunt. On the other side of the coin, we can be made complicit in mankind’s least savoury urges and thereby feel a twinge of guilt at having rooted for a bad egg like Vic Mackey or Richard III. Yet it is only the guilt of having been their cheerleader. We don’t personally pull the trigger.

That’s one of many areas where interactivity can prove a useful storytelling tool. Interactivity opens up the possibility of taking and abusing power, the sort of thing that’s guaranteed to bring out the very worst in a person – my example at the head of this piece when playing This War of Mine, for instance. More generally, feelings are sharper at first hand. Literature uses as its paintbrush the human capacity for empathy, whereas interactive stories put your hand on the gun – or on the bandage, or the baby’s bottle. Being a player rather than a reader means no longer having to be content with the role of a Boswell. 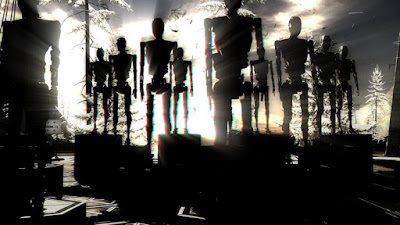 In The Talos Principle, the player is an android who awakens to find its task in life is solving a series of logic problems. Too dry to try? You’d rather do your tax returns? Think again: we’re not talking about algebra or which shape fits in which hole. These are challenging environmental puzzles that call for ingenuity, reasoning and lateral thinking. Such things, along with a warm cave, a haunch of mammoth, and a mate, put the biggest grin on the face of our Palaeolithic forebears. And to give it all a narrative drive, we’re continually chivvied along by an entity calling himself Elohim who informs us that he has created this world for us, and these puzzles to test us, for we are his most favoured children who will inherit creation. Just so long as we don’t step outside the boundaries he has prescribed, that is.

In between Elohim’s puzzles, we come across antique computer terminals and graffiti through which we’re able to access messages left by other androids and even human antecedents. This has the nature of what is often called ergodic storytelling (and by the way it’s rare to come across a term that offends both the physicist and classicist in me) in that we are given the fragments and left to fit them together for ourselves.

That’s not what’s special. Twentieth century literature abounds in such narratives. Most game stories come in jigsaw form, too, from Dear Esther to Her Story. The Talos Principle is notable because the central story hook – that pompously nannying Elohim – informs every problem we solve. At the same time as experiencing the drive towards ‘Man’s first disobedience’ we are indulging our pride, trying to impress the creator who is already beginning to royally tick us off. Or maybe he isn’t. My own knee-jerk to moralizing deities is to plan rebellion. Others may be moved to reverence, and that’s interesting too. And so our actions even while playing the most logic- and plot-driven parts of the game are still all about the illumination of character.

You see that what we are talking about here are not those games where the story is all loaded into non-interactive cutscenes in between the running and the shooting. As Chris Crawford, the Captain Cook of the game/story littoral, says, ‘Merely to glue story onto game and then alternate between the two, that’s just a trick.’ For this fusion of media to be interesting, the story needs to arise out of and drive the gameplay. It is easy to force a reader or viewer to interact. The trick is in making them want to interact, and in letting the story unfold hand-in-hand with that. For a guideline from the non-interactive media, notice how narrative and action in Fury Road happen at the same time. The best game stories follow that principle.


“As more and more stories, IPs and universes are expressed through the means of interactivity and by playing, the new mantra for this era of storytelling could become ‘Play, don’t show’.”  -- Thomas Vigild

You may ask what has all this to do with books. The founders of Inkle, whose text engine I used to create my interactive re-envisioning of Frankenstein, have pointed out that when people are interacting they typically have little tolerance for prose. If forced to read, they skim. This is very different from the experience of reading a work of literature, where the mind is tuned to see the landscape and characters via the text as surely as Cypher in The Matrix reads a world of blondes, brunettes, and redheads in the fleeting strings of numbers on his screen. Then we don’t even see the prose. But when we’re invited to sit forward and actively engage, words become a forest through which we must machete our way impatiently to the next significant choice.

For that reason, and in spite of working as both a writer and a game designer with a particular interest in interactive storytelling, I tend to think that grafting game-like interactivity into novels is a dead end. I wrote Frankenstein to explore the possibility creating a fictional two-way relationship with a character (the reader acts as Victor’s confidant and advisor) but believe me I would much rather have used animation or live action video or even just audio if the publisher’s budget had stretched to it. Prose in this context simply has the virtue of being cheap enough for a publisher to afford.

That’s not to say we should be aiming for a future in which novels come with animations and sound effects. Other media already deploy those tools to much better effect, and in any case there is no storytelling medium more immersive than pure prose. Have confidence in your strengths, dear writer, or give it all up now and create apps instead.

What, then, can novelists learn from games? Perhaps more from the way games are consumed than from the content itself. Consider how the narrative structure of the popular novel was shaped by magazine publication through the 19th and early 20th century. Games often take the form of a parallel reality into which the player can drop at any time. The story, as in life, is not necessarily on hold when you’re not there. Naturally, as with any other narrative technique, there are good and bad ways to tell a persistent story. Tamagotchi is much less irritating – or at any rate, its irritant value contrasts more interestingly with its emotional engagement – than something like the hectoring Majestic, a dead-end experiment in persistent narrative from the turn of the millennium that the games industry keeps reinventing like a lab rat that’s too dumb to learn from an electric shock. Give it a year or two, you’ll see what I mean.

Think instead of reality soaps, or theatre sports like TV wrestling, or even the drama of politics. The story runs alongside your daily life. You have the option when to drop in and how committed to be. The difference in gaming is that the community can feed back directly and immediately into the narrative that everybody else experiences. Might there be a takeaway here for novelists? Perhaps. Only bear in mind, I beg you: first do no harm. But with that caveat feel free to indulge in fleeting opportunity and perilous experiment, for the long evolution of literature is surely not over yet.
Posted by Dave Morris on Friday, May 04, 2018 2 comments: