Some chills and a thrill 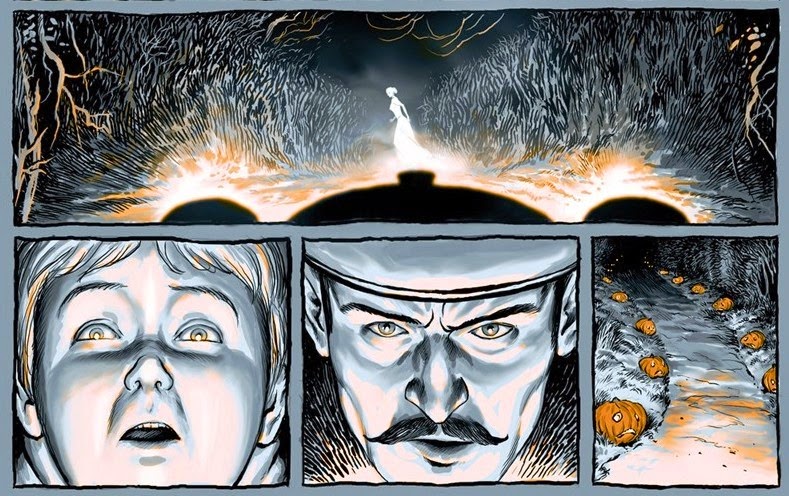 Halloween is nearly here. Tell my next-door neighbours - they've had plaster pumpkins and a big witch's-hat display on their porch for weeks. If you get yourself all worked up that early, I think the actual day loses its spooky shine. Premature horripilation, Dr Freud would've called it. But if you're not sick of ghosts and goblins yet, here are some suggestions for an enjoyable shudder:

The image above is from "Wrong Turning", a comic strip in the Creepy style that I wrote for Martin McKenna after a fog-shrouded week at Shute Gatehouse. You can read the story here for free, but if you want to see the works of real genius that inspired it, Steve Ditko's collected Creepy and Eerie strips are here.

If that lights your turnip lantern, the comics connection gives me a segue to "A Dying Trade", a story I originally cooked up for a ghost-written Clive Barker book that didn't happen. I tried turning it into a comic with the help of Russ Nicholson, but that didn't get off the ground either. But eventually Dermot Bolton produced it as a short movie directed by Dan Turner, and you can watch that here. 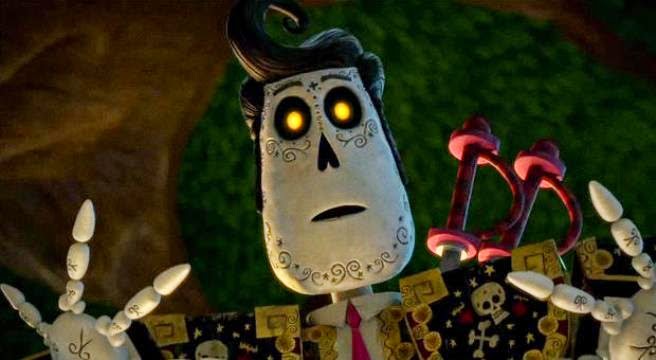 Talking of movies, The Book of Life is out now and has to be worth a watch, because if two Mexican maestros like Guillermo del Toro and Jorge Gutierrez don't know their Day of the Dead, who does? As del Toro says:


“[What is it with Mexicans and death?] Ultimately you walk life side-by-side with death, and the Day of the Dead, curiously enough, is about life. It’s an impulse that’s intrinsic to the Mexican character. And when people ask me, what is so Mexican about your films, I say me. Because I’m not a guy that hides the monster: I show it to you with the absolute conviction that it exists. And that’s the way I think we view death. We don’t view it as the end of end all. You say 'carpe diem' in Dead Poets Society; we have that in a much more tequila-infused, mariachi-soundtrack kind of way.”

That whole vibe of wild partying and the flowering of life in death resonates with me, maybe because I got married in Mexico (just after the Day of the Dead, in fact). I like the fabulist notion of death teeming with all these passions and possibilities, which probably accounts for me being such a big fan of Tim Schafer's adventure game Grim Fandango. Boy, I wish somebody would turn that into a movie. Or a kids' TV show. Or a comic or a series of novels. (Well, maybe somebody did the last of those, kind of, only without Manny Calavera's decent-little-guy charm.)

The thing about Halloween is the fairground fun side of it. It's the ghost train version of scariness, a chill to enjoy by the fireside on a dark and stormy night. That's why I love John Whitbourn's classic series Binscombe Tales - not exclusively horror stories as such, but all of them open a window on an unsettling world of weird. They've been anthologized more widely, and won more awards, than any eerie English yarns this side of Algernon Blackwood, and the main reason for that is the storytelling warmth that accompanies the grave-deep chill and feverish fizz of Mr Whitbourn's imagination.

A more serious take on a tale of dread is to be found in Frankenstein, which (I'm sure you know) I turned into an interactive novel a couple of years back. There's no comfort to be found there, no cosy shiver before bedtime. This isn't the Universal horror movie version to be taken with popcorn and a pinch of salt, it's Mary Shelley's bleakly brilliant work of SF - only with more humour and characterization and fewer descriptions of mountain walks and river journeys. Oh, and I added a solution to the knotty problem of how the monster got the corpse of Frankenstein's murdered friend to Ireland, which otherwise makes no plot sense whatsoever. (Sorry, Mrs Shelley.) Read Dr Dale Townshend discussing the story with me here, or go and grab a copy (for iOS or Android) here.

More exploration of nightmarish unease was supposed to happen in Wrong, the online magazine I launched with Peter Richardson. Unfortunately the creators involved were all too busy trying to make a crust to throw in their time for free - myself included. But I still stand by our manifesto:


The most unsettling fears are the ones you can’t quite put your finger on. It needn't be anything as cosy as werewolves or vampires; nothing so comfortingly concrete as a madman with a knife. The supernatural, when it appears, can be a catalyst evoking the real horror that comes from within. ...Dreams are also a kind of truth, and bad things are more sinister when they happen to the blameless. Not everything is always explained and neatly tied up. There are often loose ends that will leave you uneasy. Rod Serling would be at home here. 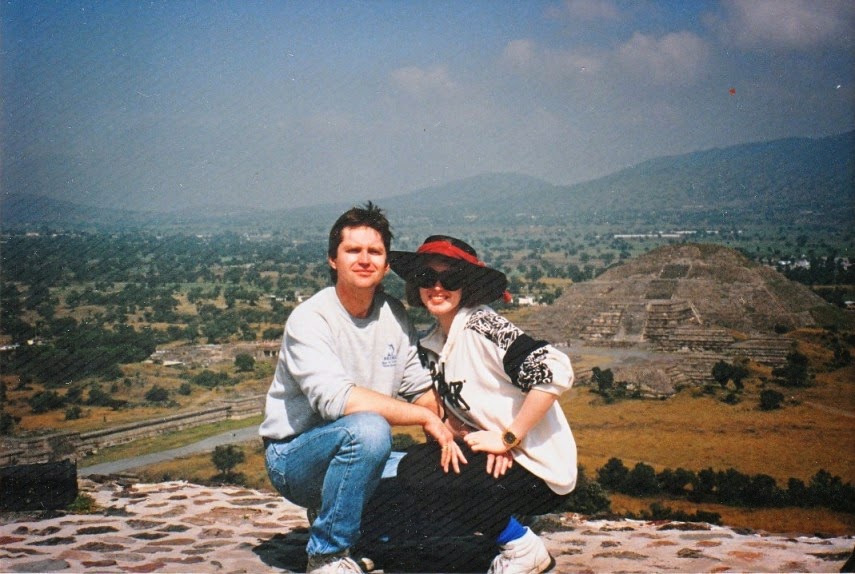 To round off, let's go back to Mexico. As well as getting hitched, I was there researching Maya mythology for my gamebook Necklace of Skulls. Eldritch encounters abound with skeletal noblemen who invite you to join them for a chat, threshold guardians on the way into Xibalba, disembodied heads, and the like. You can buy that in its new Fabled Lands Publishing edition, and if you get the paperback then the Kindle version is free, but I recommend waiting a week or two for Cubus Games's all-new app version. The full gleeful ghoulishness of the Day of the Dead has rarely been so vibrantly evoked as by Xavier Mula's artwork. 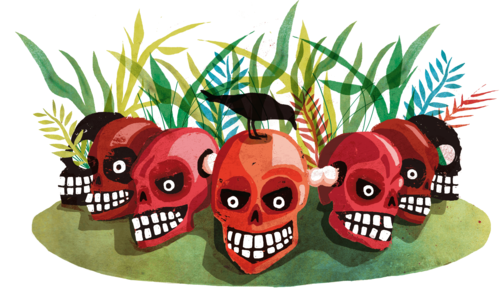 And a little snippet of a whiff of a hint of news: we may have a new publisher for Mirabilis. It's no secret that our partnership with Print Media Publishing turned out a big disappointment for all involved. Book One got out to reviewers (and got some very gratifying write-ups; here and here and here, for instance) but only half a dozen copies got into bookshops, and those I had to deliver myself! Book Two simply never arrived in Britain - apparently the lorry carrying the stock went missing somewhere in Germany, and I may have one of only two copies in existence.

But now we're on the verge of signing with a big-name comics publisher (no, not Marvel) and I'm hoping that will be the catalyst for getting our story out to all the people who I'm sure would love to read Jack and Estelle's adventures if only they knew about them. 2015 is looking good!
Posted by Dave Morris on Sunday, October 26, 2014 8 comments: