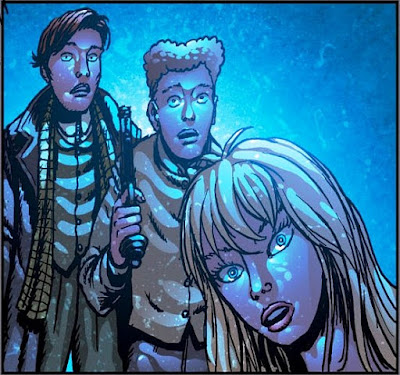 How about a Novels Code Authority? In effect, in place of putting a trigger warning on any book that could upset some readers, mark the books that include no such content. Any novel published under the Novels Code would be certified free of emotional triggers, just like those Code-approved comics in the '50s and '60s. So anybody can safely read a book with the NCA seal on the cover. If it doesn't have the seal, that tells you it might contain triggers and you've got the option not to read it.
Posted by Dave Morris on Saturday, July 08, 2017 No comments: 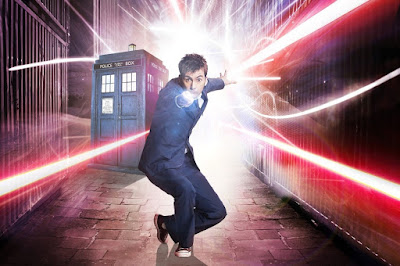 “Winning? Is that what you think it’s about? I’m not trying to win. I’m not doing this because I want to beat someone … or because I hate someone or because I want to blame someone. It’s not because it’s fun. God knows it’s not because it’s easy. It’s not even because it works because it hardly ever does. I do what I do because it’s right. Because it’s decent. And above all, it’s kind. It’s just that. Just kind. If I run away today, good people will die. If I stand and fight, some of them might live … maybe not many, maybe not for long. Hey, maybe there’s no point in any of this at all, but it’s the best I can do, and I will stand here doing it until it kills me. You’re going to die, too, someday. When will that be? Have you thought about it? What would you die for? Who I am is where I stand. Where I stand is where I fall.”

That, right there, is why I can't sit through an episode of Doctor Who anymore. Because it’s become one long self-indulgent pantomime, all speeches to the audience about how special the character's feelings are. The show is like one of those manufactured glimpses of a celebrity's life that Hello thrives on, endlessly repeated in an increasingly overwrought tone.

Think back to Jon Pertwee's Doctor. Desperate to escape from Earth, often at loggerheads with his companions, he stood for decency too. But the story wasn't slipped in as a subtext to his angst. And he never needed to get up and tell us what he was all about. His actions showed us that.

The sensibilities of YA fiction have taken over a lot of stories today. In effect the characters are adolescents, with everything that happens in the story being about them personally. There was a point to that when it just applied to Buffy and Spider-Man. They were teenagers. But now, God help us, so are James Bond and Superman and the crew of the Enterprise. So we're going to hear a lot more speeches about how hard it is to be a hero, a lot more tear-jerking farewells as the music swells. Moments in which the show can run out in front of the fans and tell them its manifesto. None of it rings true because we know, don't we, that real heroes don't talk about their heroism. But with this storytelling style, truth is the first casualty. Cordelia would get nowhere. Can't heave your heart into your mouth? There’s no place for you in Doctor Who then, love. The paradigm of the hero now is Goneril and Regan, posturing and speechifying to set the lips aquiver and bring big rolling soap-opera tears to the eyes.

It's populism. Yes, that again. Bad enough that it's wrecking politics, now it's taken root in storytelling too. Every season of Doctor Who is like a barrage of self-congratulatory Trump tweets. The show isn't SF drama anymore, it's one extended marketing campaign for itself. “Maybe there's no point in any of this at all – ” Moffat is surely talking there about having to write the same emotional beats month after month. Endless regenerations eventually hitting the Hayflick limit.

The fans just lap this stuff up, of course. The more a show refers to itself, the more they love it. But nothing can thrive on fan support alone. So I'm hoping we'll see a swing towards richer stories that build quality and a sense of character over time. The Whovian equivalent of Breaking Bad. Not flashy and full of quotable fan faves, but a story that quietly reveals itself to be a modern classic. It could still happen.
Posted by Dave Morris on Monday, July 03, 2017 4 comments: