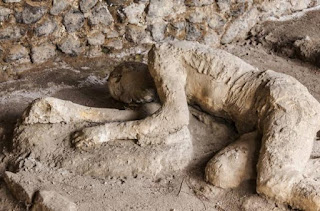 It has come to a pretty pass, I have to tell you. From when I was a small boy I had my nose in old maps, tracing the routes taken by the great pioneers. Lewis and Clark traversing the Rockies. Parry mapping the Hudson Bay pack ice. Livingstone in his canoe getting his first sight (indeed, sound) of Victoria Falls. In my imagination I accompanied them all, and my dream from those early days was to become an explorer.

Not to blow my own trumpet, but I achieved the Royal Geographical Society’s Gold Medal when I was yet nineteen, for my expedition in the northern Sahara. I was getting things together to go up the Indus. But then it happened. What, you may ask? Your green comet, gentlemen!

The first inkling was during a trip to Pompeii. I was there a couple of months ago and the ground just cracked open one day—fissures down thirty feet to the houses and shops of Roman times. Being covered in pumice didn’t stop the citizens from getting up a thriving trade with the locals. Net result: archaeologists and historians might as well pack up and go home.

Next thing: scouting trip to the Hindu Kush. Safe enough, you may think, from fantastical influences if not from jezail bullets. But you can’t move now for yeti selling trinkets. And as for ancient lost kingdoms — there’s a queue to get in!

This is no good for a man like me. I need a challenge, a mystery to solve, an uncharted region to dent the bounds of. So off I set to the Antarctic, quite alone. Surely here I could escape the flood of goblins, gods and who-knows-what that has become the curse of the modern world?

On the third day out I came across a giant staircase cut into the ice. I began to descend, only for the ground to give way below my feet, plunging me — no, not into freezing snow, but a subterranean realm of dripping jungle lit by the fires of inner Earth. Long story short: I evaded the carnivorous dinosaurs infesting this land by covering myself in their ordure. But when I finally reached a savannah that was free of them and stopped to wash, no sooner was I clean again than a giant bird swooped down and carried me off to a mountaintop palace inhabited by men who I take to be descendents of the ancient Toltecs. They insisted on keeping me with them and now I learn that they intend to crown me as their god-king.

This is no good. I desire a bit of solitude and a place where man has to make an effort to uncover the unknown — not where it comes knocking at his front door and demanding entry with all the grace and mystique of a cockney shoe salesman. Too much magic, gentlemen!

Prof Bromfield replies: I’m getting a bit fed up of people blaming us for all the magical to-do. Shooting the messenger, and all that. Might as well shout at your bookie if the horse you backed comes in last. Though, on reflection, they often are the culprits there… You’re a bit quiet, Clattercut. 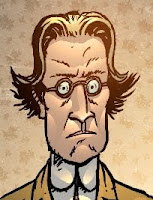 Dr Clattercut: I’m a tad concerned that Toltec custom was to sacrifice their god-kings after a year on the throne. If this reply reaches you, Sir Iain, then I suggest you set off back to Britain as soon as possible. It may not be exciting, but it’s home.