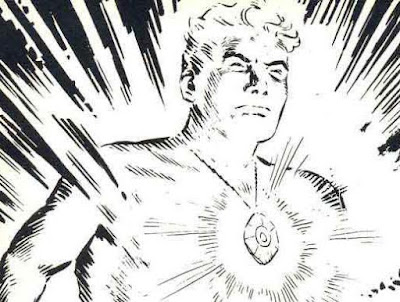 "Hapless", "vengeful", "ruthless", "snapped"... That was the vocabulary of those British comics stories I grew up with. Kelly's Eye ran in the UK weekly comic Valiant. Tim Kelly stole the jeweled eye of the idol of the Inca god Zoltec, which turned out to be a handy accessory for an adventurer, seeing as how it made the wearer invulnerable.

Kids today might have iPhones and videogames, but they never got to thrill to the likes of Kelly's Eye and The Steel Claw and giant robot ape Mytek the Mighty. There was something in the UK drinking water back then, and those strips were masterpieces of focused fantasy storytelling that skated on the fine line between brilliant and barmy.

Many years after following the adventures of Tim Kelly, I got the job of writing stories about another indestructible man: Captain Scarlet. It wasn’t easy. Captain Scarlet got blown up, he just came back to life. The only time I managed to inject a bit of tension was when he was shot in the chest but people were in danger so he couldn't afford the luxury of dying and coming back to life again.

Tim Kelly's invulnerability was something quite different. Because it depended on him having hold of the Eye of Zoltec, there was plenty of drama to be squeezed from situations where he'd lost the Eye or had to give it to somebody else.

My enjoyment of those British comics of the '60s will never approach the all-consuming and utterly obsessive ardor I have for Marvel Comics of the time. But with hindsight I can see that they were little gems of imaginative fantasy that fully deserve that cherished place in my heart. Hope you like this glimpse into the past. 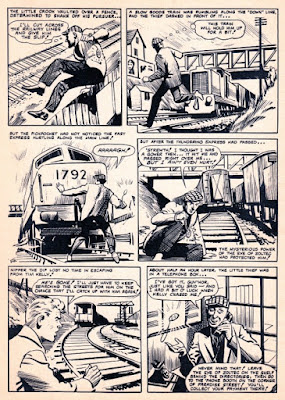 Posted by Dave Morris on Wednesday, August 24, 2016 No comments: