Is the world ready for two-speed fiction? 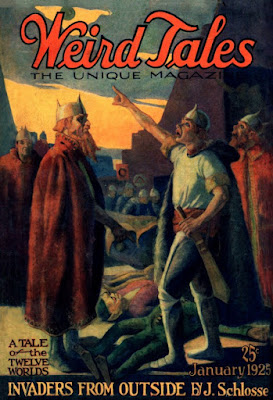 The writer Fay Weldon provoked outrage a while back. (It’s the dream of every writer to still be doing that in our eighties, and boy is the Internet making it easier.) Ms Weldon’s heresy was to suggest that writers in the future might need to produce two versions of each novel: one opening with a bang and racing through the story, the other taking all sorts of leisurely detours into character.

If I’d read only the headline, maybe I would have been spluttering at that myself. But here’s what Ms Weldon actually said:


“Writers have to write now for a world where readers are busy, on the move, and have little time for contemplation and reflection. The writer has to focus on writing better, cutting to the chase, and doing more of the readers’ contemplative work for them.”

“Writing better” seems pretty key there. Leaving aside the possibility that she was indulging in a certain amount of hyperbole, she is acknowledging that all well written books are page turners. Literary fiction – if we must use the term – is not the plotless meandering indulgence that its detractors would have you believe. War & Peace goes down a lot smoother than a Dan Brown novel, let me tell you. 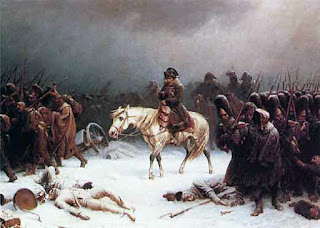 The refutation of Ms Weldon’s points seem primarily to take the form of: “Pish and tosh, I read Fifty Shades of Grey in print and Ulysses on Kindle; so there.” At least I took that to be the thrust of Alison Flood’s argument as she delivered a sound Johnsonian kick to Ms Weldon’s assertion:


“Weldon’s reading of the situation just makes me think she doesn’t have an e-reader. And that she hasn’t looked at the current physical bestseller charts, stuffed with commercial fiction, either.”

And yet nothing Fay Weldon is saying particularly contentious, or even new. Nor surely would she claim it to be. Dial back eighty years and zero in on a Brooklyn newsstand. Black Mask and Argosy and The Shadow were selling north of a hundred thousand copies a month. Had Hemingway been willing to dumb down To Have and Have Not just a teeny bit (you can suggest that to him while I wait in the Tardis) then it wouldn’t have looked out of place in the pulp magazines. In good writing, the contemplative and the exciting happen at the same time. 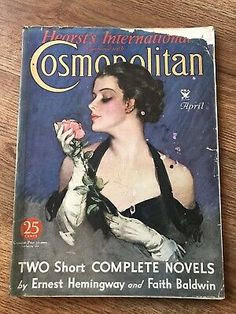 Still, you couldn’t pull that dumbing-down trick with just any quality novel. The Sound and the Fury, say. So there always was a spectrum from pulp to highbrow, even if nobody could quite point to the boundaries. And Ms Weldon’s proposal that authors write two versions was common practice even back then. To Have and Have Not germinated from a short story Hemingway wrote for Cosmopolitan.

There’s nothing revelatory about saying that medium influences content. The novel a Victorian would expect to read in paper-bound partwork would be more of a sensational affair than he’d look for in a hardcover. Chinese and Japanese publishers, who experience the future a little sooner than we do in the West, were finding ten years ago that classic works like Dream of the Red Chamber weren’t what strap-hanging commuters wanted to read on their phones. As so the thumb novel was born. Or rather reborn, like a Water Margin hero, from the spirit of the Shadow and Doc Savage.

But was that the device, or was it the price? Zipping back to mid-30s New York, a brand new copy of a short novel like To Have and Have Not or Of Mice and Men is going to set you back $2.75, while you can take home Black Mask for 15 cents. Pulp fiction and literature were separate Galapagos islands – as far apart as news-stands and bookstores, as pocket change and a billfold. The digital market has lowered the ocean so that those ecosystems are joined, and so self-publishers can push the pulp formula to its ultimate expression: a horizon-blanketing tsunami of genre novels at a penny or less. Under such conditions even Sturgeon’s Law breaks down. We look back longingly at the days when only nine-tenths of this stuff was crap.

But don’t forget what bobbed up from the bottom of Pandora’s jar. Hollywood may be in a creative nose-dive, but that hasn’t prevented the rise of ten-hour movies (Breaking Bad, The Americans, Chernobyl) of a quality and story depth von Stroheim could only dream about. The ubiquity of McDonald’s doesn’t stop me from chowing down at the Gourmet Burger Kitchen. And a million overweight dads booting footballs around the park doesn’t damage the standard of play at Old Trafford. (I have to confess that last example is purely theoretical; I never watched a game in my life.)

The truth, as Fay Weldon said right at the start of all this, is that we could all do with better writing. The gripping immediacy of a Robert E Howard or Walter Gibson yarn is something even Will Self might aspire to. And just to show that under the sun there is no new thing, let’s give the last word to Anthony Trollope writing a hundred and thirty years ago -- though it could as easily have been just last week: