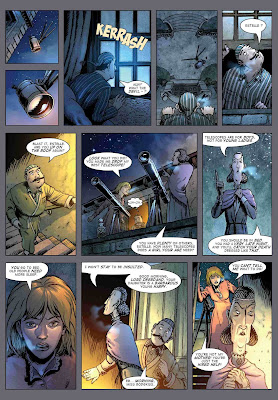 When early filmgoers saw the first close-ups on there on the big screen, many were baffled. “What is this giant face?” they wondered. And, “Why did you show a man looking horrified and then cut to a new image of a baby's pram bouncing down some steps? Is there supposed to be a connection?”

Cinematic storytelling. The grammar of moving images. It didn’t take long for audiences to learn the rules. Or to discover how they work, I should say, because visual grammar is like linguistic grammar: it’s wired into us as the way we process the world.

One hundred and ten years on from the birth of cinema, everyone on the planet understands how to read a montage of images. Take this example from a recent Virgin Atlantic commercial. The camera starts by showing us a man in a crowd on a mobile phone. He looks up, gradually loses interest in the call. He’s staring. The phone slips from his fingers. Cut to a low-angle reverse shot, past his legs, as the phone breaks on the floor and we get a glimpse of a bunch of air stewardesses walking into shot. And we cut to a shot of the air stewardesses walking towards us, and we see that the man is gawking because they’re really hot.

The sequence there uses both suspense (what is the man reacting to?) and empathy/identification (look – this is how you are meant to react). It’s good storytelling because starting on the girls themselves would give us something to react to but no character to ground our empathy. Crucially, what makes it good cinematic storytelling is that the meaning comes from the whole sequence of images. There is no “telling”. Each image is a single brick; it’s only the whole that has to look like a house.

Nobody at the ad agency seems to have thought that a classic Eisenstein montage like that risked confusing the viewers. “Maybe it needs a voiceover saying that if you fly Virgin Atlantic you might get to chat up a sexy stewardess?” Nah. The images already tell the story. Irving the Explainer isn’t going to add anything.

So it surprises me that many people are unable to extract meaning from a comic story unless there are plenty of captions and word balloons (lots of text, in other words) to carry them along. Yet you can perfectly well “read” a classic sequence like the opening five pages of Spider-man #33 without looking at the words. Or look at this page of the Tintin story Black Island (analysed in depth here on Peter Richardson’s excellent Cloud 109 blog). You don’t need to speak one word of French to understand what’s going on.

Comics are not movies. But their great strength is that they can use cinematic grammar as well as literary grammar. The reason many people find it difficult to read a comic visually is, I think, because of the way they see comics. Rather than taking the comic as a montage of images and words combined to tell a story, they think of the comic as a kind of illustrated novel. In books at primary school, you might have an image of a big guy in chains rising up from behind a gravestone to terrify a little kid, and the caption would read, “Magwitch surprises Pip in the churchyard”. If you come to a comic with that preconception, you won’t expect the pictures to tell the story, you’ll just expect them to illustrate what the words have already told you.

This may be a particular problem in the UK, where we have no mainstream tradition of comics storytelling and our movies are mostly televisual rather than cinematic. So British audiences are accustomed to having the words carry the story, and any images are just there as eye candy. Well, Britain is just one island (actually it’s around a thousand, including the Outer Hebrides, but only one and a half big ones) so it wouldn't matter that much if the British never get hip to comics. Europe, India, the USA, Japan and Korea add up to a pretty big market to be going on with. Yet I do find it a shame that most of my British friends, unless they were reared on American comic books as I was, are not able to appreciate le neuvième art. So I can’t share my love of Sandman or Watchmen or B.P.R.D. with them, much less get their feedback on Mirabilis. Somehow I don’t see any UK government putting comics on the national curriculum, so homegrown comics may face the same kind of future as the UK film industry. Which would be a great pity. 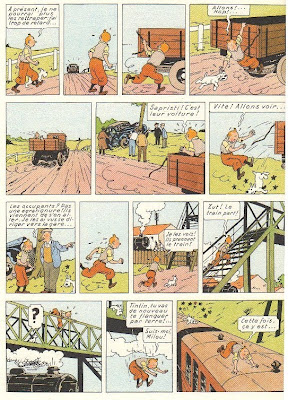