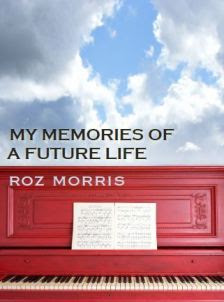 Roz released My Memories Of A Future Life originally on Kindle in several parts for 99 cents an episode, arguing that literary fiction can and should be compelling enough to bring readers back for more. After all, it worked for Dickens. Reviewers have talked about the surprise-&-delight factor - something that all novels ought to have, but which is rare enough nowadays to be worth remarking on. Even the readers who normally stick to genre have seen that Roz's literary treatment of the idea allows her to take it in unpredictable directions - because, wherever you think that preincarnation concept might go, I can guarantee you won't anticipate what Roz does with it.
Now, naturally you should take all that I say with a pinch of salt. But you don't have to take my word for it. The book is available in episodic ebook form for another month, and in paperback, and you can also hear Roz read the first four chapters in a podcast. All the details are on the book's website. It's not as a husband that you can trust me, but as an author and fellow reader.
Posted by Dave Morris on Wednesday, September 28, 2011