How anonymity can help organizations to take risks 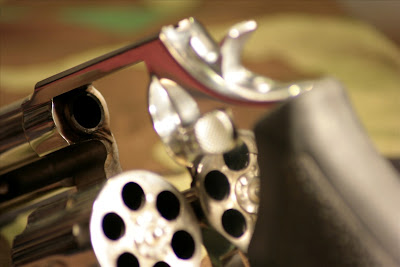 In Tibet there’s a problem with wolves, which prey on the livestock in remote areas. That in itself would be a nuisance. What makes it a problem is that the people of Tibet are Buddhist. Not supposed to kill, you see. So everybody goes out to corner the wolf, and they all have guns, but only a few of the guns have live ammunition. So each huntsman can come home thinking that somebody else did the killing. It’s a win-win. Unless you’re the wolf.

We’ll come back to Tibet. Meanwhile, in a galaxy far, far away – book publishing, to be precise – there is another problem. Every time there’s a big success like Harry Potter or Twilight, publishers come out with a spate of boy wizard or vampire romance books. They do this even though everybody knows that “the next Harry Potter” will look nothing like Harry Potter.

There’s a reason for this, and it’s nothing to do with karma. Suppose I’m a book publisher and this week two manuscripts land on my desk. One is dystopian SF with teens killing each other. The other is – well, anything else. Say it’s a story about a robot butler who is left to raise the last two children after a plague kills the rest of the human race.

Okay, I have no idea if either of these will sell, but I feel reasonably secure that there’s a moderately sized spill-over market that will buy The Famine Arena. Whereas G-VES to the Rescue could be either a big hit or a short circuit. My business runs on hits, so I should be looking for those, but my career runs on not being seen to make a mistake that my rivals in the company can seize on. If you publish a Hunger Games clone and it goes nowhere, you can legitimately say, “Well, who would have known?” There’s your Teflon coating.

This isn’t just about books, by the way. A few years ago I worked at Elixir Studios on a game that was targeted at Sims players. We knew that fans of The Sims already had that game and all the add-ons. Our game needed to be something different that appealed to the same non-hardcore market (in those days an unknown quantity). But the publisher kept fretting over anything that moved us away from being a Sims clone. It was hard to find those few brave souls who were willing to stick their necks out and champion a different approach.

In entertainment, we need the big breakout hits. For all the talk of long tails, the hits still drive everything else. That means we must be willing to experiment and take risks, whether it turns out to be spending more money on Lord of the Rings or spending any money on John Carter. The upper echelons of publishing, television, games and Hollywood are full of people who took some risks when they were younger and are determined never to do so again. A lot of the senior executives I’ve encountered spend their whole time manoeuvring so that they don’t have to actually make a decision, while remaining close enough to grab a little credit if an ambitious young turk happens to strike it lucky.

Success means taking risks, which means flirting with the possibility of failure. We all know this. Tim Harford has written a whole book about it. But, on the other hand, nobody wants to poke their head over the parapet. So we need a way to let the entire organization take a risk without anyone getting sacked if it doesn’t pay off. What to do?

First stage: the publisher must decide how much of their portfolio will be in high-risk, left-field books. That’s a strategic decision. In the games industry, for example, original IP still makes more on average than licensed product – but that Avengers tie-in is a safe bet, while original IP can leave you with oil on your face - or with egg. Looking at something like John Carter, I think even my mum could tell them you don’t stake more than you’re able to lose. At the same time, there’s no point investing in left-field projects unless you’re going to do enough of them to have a decent chance of a hit. (Small publishing companies are therefore best advised to play it safe – though it's there, in fact, where you will actually find the risks being taken.)

Okay, so we know how much of the budget will go into these risky projects. I submit that it is pretty easy to agree objectively on whether a submission is from left field. It’s also not hard for a group of editors to agree whether a story is well told. So there’s our longlist.

Now here’s where the Tibetan farmer tactics come in. Because the editors and marketing people must do a secret ballot to pick which projects to green light. No one person gets the credit, no one person gets the blame. What’s the point, then, you ask? Well, the rational actor should always favour the greater good: the organization as a whole picks a good range of original properties, some of those will be the Next Big Thing, and your job is now more secure - while the publisher that's still trying to cash in on The Hunger Games has to consider a new round of redundancies.

Taking risks from within the safety of the group can help keep the wolf from the door. Just like in Tibet.
Posted by Dave Morris on Monday, April 02, 2012