Gotta kiss a lot of frogs 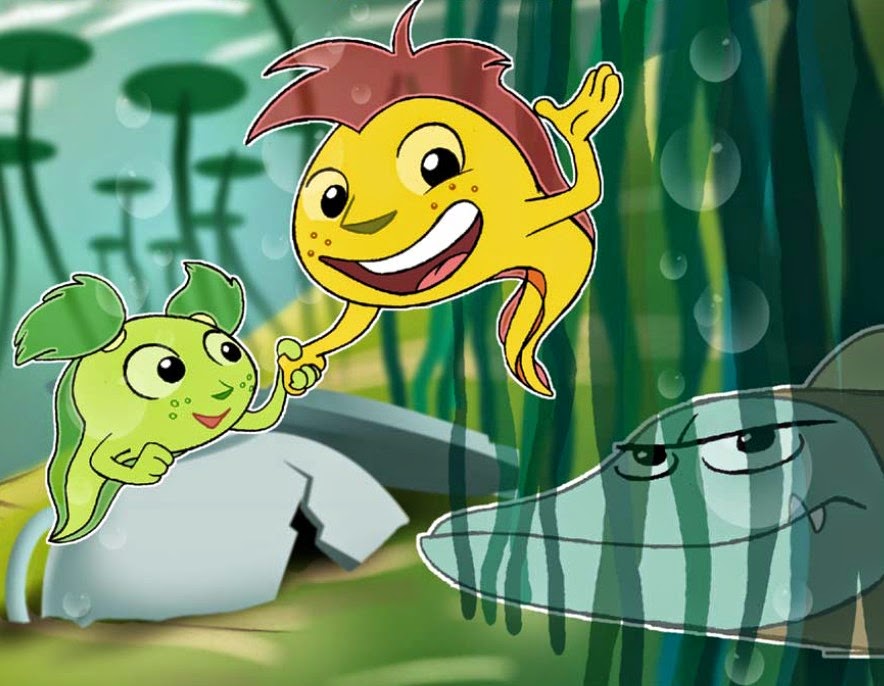 ‘We need a writer for an animated TV show. It’s from a concept by Viv Stanshall – ’

I was off like a shot. Viv Stanshall? The Bonzos. Do Not Adjust Your Set. Sir Henry Rawlinson and Cumberpatch the gardener – not to mention Old Scrotum the wrinkled retainer. Work on something cooked up in that great rambling, fecund greenhouse of a mind? You bet.

Well, even the best of us fires a blank from time to time. Viv’s “concept” was of a bunch of kid tadpoles living in a canal. The leader’s name was Walthamstow. That was the first red flag. It was where Viv grew up, but dammit, I don’t call any of my characters Stoke Poges, do I? The first gag in the script was a pun on Henry Ford’s comment that “history is bunk”. In a show for 7-10 year olds. A writer, they said they needed? I had to explain I’m not qualified to administer the Last Rites.

Other characters in the original pitch were Taddy Boy, complete with frock coat and Chris Isaak quiff, and a frog called the Wise Old One. Along with the name of Walthamstow’s gang (the Telstars) that rather stamped an expiry date on the whole package. There was also a Scottish tadpole who wore a Tam O’Shanter and always carried tartan bagpipes. Let’s not even, as they say. To help sell all this there was an animatic for which the production company had somehow managed to rope in Stephen Fry and Neil Innes. (Innes isn’t too big a surprise, admittedly, being Viv’s old mucker and therefore bound to do it for Old Times’ Sake, but what Fry was thinking I don’t know.)

The guys at the production company were excited because they had shown the animatic to a BBC exec and he had expressed a flicker of amusement. I wasn’t there, but I’m familiar with those Matrix-like halls and I’m willing to hazard that it was really just a hiccup after a long lunch. Encouraged as they were by this apparent evidence of approval, the production company nonetheless realized that the whole thing needed to be torn down, sown with salt, and rebuilt in pristine materials. 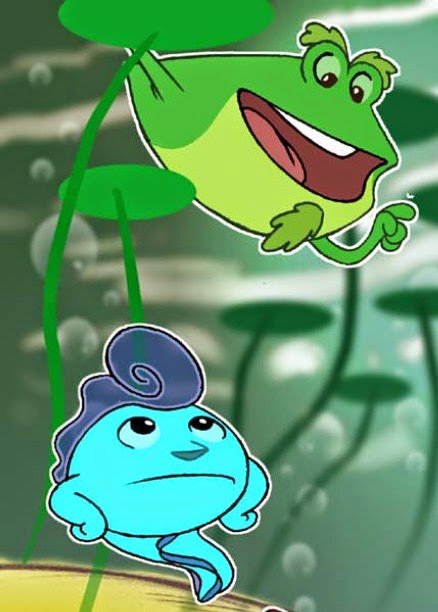 ‘Yeah. No. That’s shit, obviously. You can get rid of that.’

‘Well, it’s got to be called Tadpoles.’

That’s what you want in a brief – ie, it actually was. I had just finished working at Elixir Studios, so I was familiar with the canals of Camden Town and liked the idea of dropping an edgy feeling of urban clamour and detritus into the canal – a development that I don’t believe Viv would have objected to.

As it often helps to have a writing partner when you want to spin up the levels of energy needed for comedy and/or animation, I roped in a friend of mine. (She is quite well-known these days, though wasn’t back then, and as I haven’t sought her permission to talk about this, I’ll be a gentleman and leave her name out of it.) We knocked out a script (this is one of several versions) after first changing all the characters:

Finzer – aka (only to himself) "The Finz". Desperately wants to be cool, so the fact he's a tadpole AND a kid really gets him down.

Bino – Finzer's cousin. An albino tad; big and tough (for a tadpole).

Izzy – a wannabe tad. Don't call him a newt to his face.

K8 – pronounced "Kate". She’s sweet on Finzer, although she's in heavy duty denial about that.

Sprat – brainier than the rest and boy does he like them to know it. Sprat is a fish and, brainy as he is, he still can't figure out how come he and Finzer are half-brothers...

Dad Pole – dumb as ditchwater, but doesn't realize it.

Mrs Todpuddle – the gang’s teacher. The longest suffering tadpole in the canal.

Spikey – the local bully/menace. He’s a mean-eyed fish and he’d like to eat you, but not before he’s sold you a dodgy timeshare in the Norfolk Broads. Think Arthur Daley at 78 rpm.

The Frogs – three grand old figures who are only glimpsed at the water’s edge, turned half away in profile like brooding Easter Island statues. Everyone thinks the Frogs are enormously wise and the source of all good fortune, but they never speak to tadpoles and might very well not even know they exist.

What came of Tadpoles? I’m not sure. I was busy with Leo Hartas preparing our comic strip Mirabilis: Year of Wonders to appear in The DFC, as well as developing book concepts with Jamie Thomson such as the Dark Lord series. Meanwhile, my Tadpoles writing partner had projects of her own. And the production company that hired us went out of business with the new animatic only half-finished. So, shrug. You get a lot of things like this to work on if you’re a freelance writer, usually for no money up front, and most of them deserve to be deep sixed. It’s not like it was a project very dear to my heart. The only regret is that it would have been nice to do something in memory of Viv Stanshall. Maybe this show, though, would have done him no favours.
Posted by Dave Morris on Friday, January 23, 2015