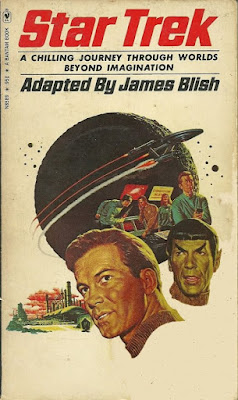 With its grown-up storylines and in-built socialist humanism, Star Trek was always going to appeal more to me than the reactionary trend in SF typified by tropes like - well, royalism and mysticism and black-&-white morality and libertarianism. Naming no names. It was another era; an age of reason and hope. We were boldly going together towards a future that never contained the likes of Trump and Brexit.
Posted by Dave Morris on Monday, September 10, 2018