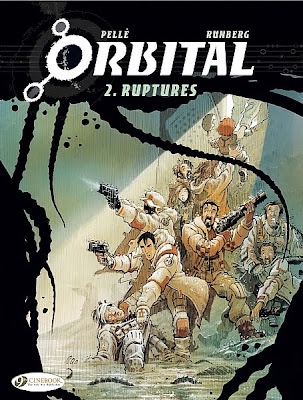 An interesting feature about European graphic novels here in The Bookseller. Paul Gravett asks, “Why are comics so much more respected and successful in France and Belgium, and indeed much of the rest of mainland Europe, than in Britain?”

Some impressive sales figures underscore the difference: almost half a million copies of the latest Largo Winch compared to less than twenty thousand copies of the Artemis Fowl graphic novel. If you want to see what the fuss is about, Cinebook has a fabulous range of the best French and Belgian graphic novels – see images above and below; read previews here. And incidentally, in case you haven't seen it yet, we even have the first Mirabilis episode in French up on our main site.

It would be nice to see widespread acceptance of comics as a legitimate storytelling medium in the UK. Even sales on a tenth the scale of the French market would be something worth climbing Nelson’s Column to shout about.