The future of comics 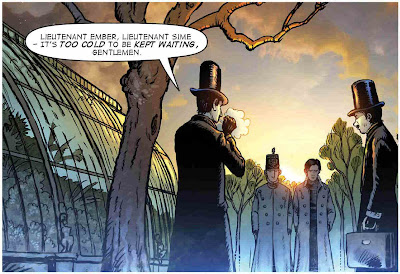 If you want to start the comic geek equivalent of a bar fight, just try popping up in the forums to say print is dead. That’ll do it every time.

I get why it bothers them. I’ve been collecting comic books most of my life. Shelves have collapsed in this house under the combined weight of Gaiman’s and Moore’s imaginations. Lee, Kirby and Ditko have to stay on the ground floor; no ceiling would hold them. These are my greatest treasures.

Yet, all that said, print’s on its way out. 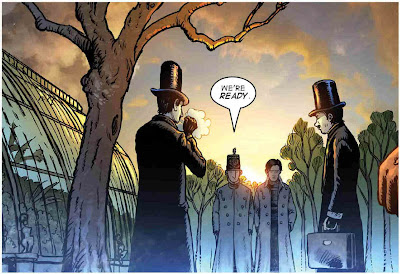 Okay, maybe not at the prestige end of the market. The same people who buy the deluxe box set of Buffy DVDs (a snip at $166 – are they insane?) after getting hooked by the TV showings will buy the trade paperback of Hellboy having read the monthly comic books. So print will survive there - for a while at least. But that’s the five percent of comic readers for whom it’s a real passion, and their wallets can’t sustain an entire industry. It’s the 95% of casual readers we need to hang onto. As pamphlet comics die, electronic publishing offers the only answer.

There are two reasons why I’m so smitten with e-publishing of comics, especially on mobiles. The first is rooted in habit. I’m used to reading comics in monthly installments. That model still just about makes sense for Marvel, DC and Dark Horse, but it’s a shrinking polar cap even for them. On smart phones and handhelds like the PSPgo, you’ve got the perfect platform for delivering regular comic episodes. 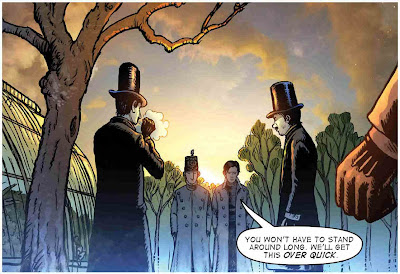 But that’s merely the reactionary argument. The real bonus is that electronic media provide a better way of reading comics. Some of the early comic reader apps have just treated the phone screen as a little window for peering through at a comic page. I say: let’s kiss goodbye to pages! My biggest headache in writing comics is getting the reveals to come at page breaks. The way forward is going to be a step beyond current features like Sony’s autoflow system, to the point that the old historical idea of the comic page might even be jettisoned entirely. Whether it is or not, the view can track across each frame rostrum-style to reveal new parts of the image. Each story will be some blend of animation, motion comics and static comics. 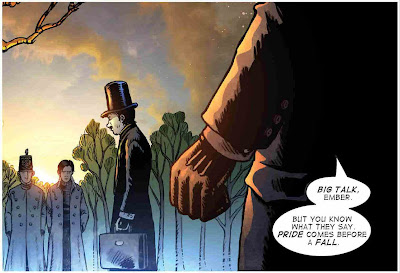 Here are some frames from Mirabilis to show a very simple way that an e-comic could enhance the reading experience. Each time you press Next, you get successive word balloons or sound effects. At the transitions between panels, there could be cuts, dissolves or fades depending on what works best for the story.

Welcome to the future. My ten-year-old self would’ve eaten this stuff up!
Posted by Dave Morris on Friday, December 18, 2009