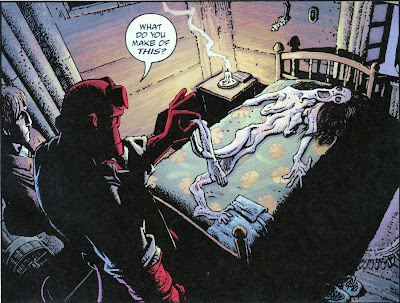 Over on the brilliant Cloud 109 blog, Peter Richardson has been running some veritable comics classics, with today's offering being a tense little drama from the pages of Creepy drawn by the legendary Richard Corben. In a career that has produced some truly great strips, Corben's standout story has to be "The Crooked Man" from Hellboy #33-35. Horror comics are at best usually intriguing rather than truly frightening, but this story (written by the equally gifted Mike Mignola) has chills to spare. It benefits from being inspired by the Silver John stories of Manly Wade Wellman, who drew on North American folklore to whip up some yarns that are so nightmarishly disturbing that you want to look away but you can't, you just can't. If you're into comics that push the boundaries, seek it out - but don't blame me for the sleepless nights. 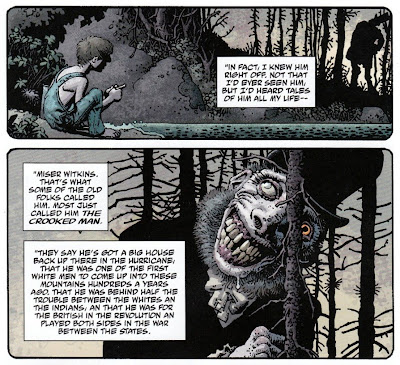