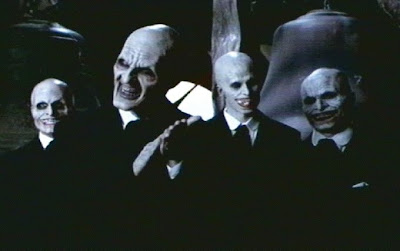 Good news - though the barest whiff so far - from AintItCool, who have this story that Joss Whedon is meeting with John Landgraf, the head of cable channel FX. I call it a whiff because they're only getting together over a meal at this stage, but after hearing Mr Landgraf's words of admiration for Joss's work I'm sure there'll be candles and music and chocolates.

Seeing as FX are behind the greatest television drama series ever (The Shield, if you even have to ask) and Joss is responsible for Buffy the Vampire Slayer, which is of course the other greatest television drama series ever, I'm just praying for a quick betrothal followed by the pitter-patter of brilliant new shows. After the tragic demise of Dollhouse, cable is the obvious move for Joss. (Actually, it was the obvious move after Firefly... Joss, for such a smart guy, you took your time, man!)
Posted by Dave Morris on Tuesday, January 19, 2010