A grand ship out on the ocean, all mounted with silver and gold 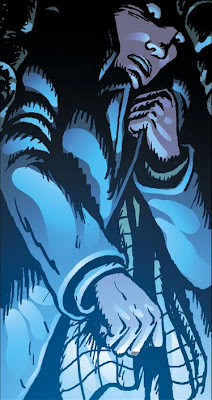 We are currently making plans for what we’d do with Mirabilis if we can get full control of the publishing rights. To explain that remark and put it in context, I need to take a short historical detour.

As I’m sure you’re aware, Mirabilis originally appeared in the last few issues of Random House’s short-lived weekly comic The DFC. Consequently they are the company that currently controls the publishing rights for those initial ten 5-page installments.

Leo, Martin, Nikos and I have plans for how we would turn that original stub of material into an 800-page epic. But of course to do so we need to be able to publish the first 7% of the story, namely the pages from The DFC. We’re still hopeful we can make some kind of deal to free up those rights. Currently it’s not doing any good for anybody, and the longer it languishes in limbo the harder it is for our whole team to resume, so we're trusting that reason will prevail. (Short pause while I bang my knuckles on this fine oak desk.)

So, if we can get back control of that first chapter, what will we do with our baby then? First of all, we’d reinstate the flipbook episodes on the Mirabilis website. The next step would be to immediately start publishing Mirabilis as a monthly comic book. Eventually there would be collected book editions too, of course, but I like the sense of community you get with a monthly comic, and even a small print readership would help to sustain the team (moral support being far more vital to creatives than financial support, though both are nice) as we continue to work on further installments.

Our current plans would lead to at least a three-year run for the Mirabilis comic, with the four big books (Winter, Spring, etc) appearing at six-monthly intervals once we are well under way. We have to ensure there’s not too much of a gap between release dates for the books because Mirabilis isn't like Alex Rider, for example, where each book is a standalone story. This is one continuous epic – more like Lord of the Rings, say - so readers won't want a long wait between volumes.

One thing we’d be able to consider is whether to stick with the old comic’s A4 format or go with regular US comic book size, which I prefer. It may be too late to change, as any resources we have are better spent creating new material rather than reworking the earlier stuff. That’s not a priority, then – though I do think it’d be a shame not to change it, as Mirabilis leans towards America rather than Europe in that split personality thing we Brits have going. A4 is not a format that would find much favor on the far side of the pond.

We’d look to put the comic out in electronic form too, of course, with PDFs on DriveThru and an app for both iPhone and iPad. All the episodic formats we can release it on would bring in regular revenue - maybe not a lot but it's cashflow, and that’s vital if we’re to keep the whole team together and have any chance of completing this Herculean task we set out to do.

That's not forgetting the Royal Mythological Society stuff, which could serve a useful peripheral function like the Black Freighter to Watchmen, or the Animatrix to The Matrix. We actually have the RMS shorts all ready for publication on the Kindle - and that material has the advantage that it could quite easily be repurposed if need be. I'll just keep touching the desk.

So those are all the what-ifs. What if we can’t get control of the opening installments, though? Well, in that case I suppose you may end up reading the adventures of blond John Spark and red-headed Astrid Fieldweather under the mysterious blue comet, in Fabulosia: 365 Days of Miracles. Or maybe we shouldn't even joke about that, judging by the look on their faces there... 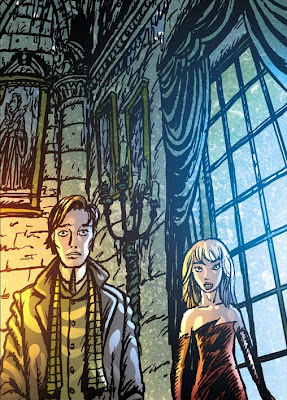