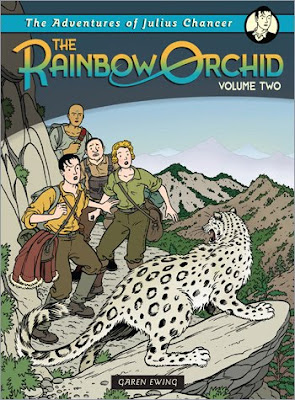 To fulfil David Mamet’s main criterion for storytelling, which is to make the audience wonder what happens next, the writer has to do more than just cook up an unpredictable plot. You have to make the reader care about your characters. That comes before anything else.

I was reading a pretty famous comic recently. It’s another one that is supposedly going to get turned into a movie. It starts with two characters talking about some item that’s been stolen, the whole world is in peril if it isn’t found, yada yada. Yet I don’t know who these characters are. The writer does nothing to establish them as individual personalities that I should find uniquely interesting and engaging. They aren’t talking as people really do, they’re just holding up placards that explain the plot.

Who gets it right? Not that many writers in any medium, fewer still in comics. It’s a difficult job and I’m constantly having to chuck out pages I’ve written because this simple truth is elusive. Characters who come to life will make a story come to life. The audience takes them to their hearts and will follow them through all kinds of scrapes. We just enjoy (I’ve said it before) hanging out with them.

This is the beating heart of Garen Ewing’s brilliant and charming adventure series The Rainbow Orchid. It stands out from other comics because you feel like you are joining an extended family of well-rounded characters. They’re your mates and you’re rooting for them all the way. In an epic plot involving family fortunes, life-or-death wagers, ancient secrets, skulduggery, cults, myths, loyalty and betrayal, Garen never loses sight of the importance of grounding us in the characters’ reactions to all these events in which they’re embroiled.

In this second volume, Julius Chancer and his friends arrive in India in their quest for the fabled rainbow orchid, hotly pursued by sexy bad girl Evelyn Crow and her henchmen. Without giving any spoilers, I just want to point out the richness and depth of the story. There’s plenty of thrilling action, but there’s also room to stop and marvel at the sights. Garen evokes his locations so wonderfully that you almost smell the spices in the marketplace, feel the hard seats of the railway carriage, sense the nip in the air as our heroes’ journey takes them up into the hills.

There’s a quiet, moving campfire moment that rounds out Julius’s backstory and develops his relationship with Lily. A dream sequence depicts in just a handful of panels everything about his self-doubt and desires. A betrayal that we see coming carries a poignant sting. Watch characters’ reactions – for example, Lily’s surge of emotions in the last three panels. That’s what makes them feel like real people. This is a book worth a million dumbly hip, smart-aleck zombie-killer comics. Because the author takes the trouble to make his characters live and breathe, we connect with them and so we care what happens next.

Other episodes make us laugh or shudder, a reminder that all the best stories, from Chaucer on, have plenty of room for the whole gamut of human emotions. But these aren’t just peppered in willy-nilly. Garen shows mastery of his craft in where he places every sequence. Look at the final pages. Don’t worry, I’m not going to give anything away, but see how he juxtaposes danger, violence and (maybe) death with a breathtaking moment of wonder at the whole of life and creation. You’ll know what I mean when you see it. Buy the book now (and Volume One as well if you don’t have it) because this is a ride that you simply have to go on.

I realize I’ve talked all about the story and hardly at all about the art. Garen is using a ligne claire style that both suits the meticulous detail of vehicles and locations and that creates a great sense of warmth with the characters. The cover is a great example, but if you’re still not sold then head over to the Rainbow Orchid blog where you can feast your eyes on more excerpts. I just yearn for the day that a British director could get behind a movie of this true homegrown work of UK comics genius.
Posted by Dave Morris on Sunday, July 25, 2010