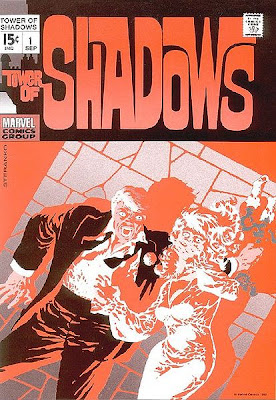 I never used to be much of a fan of Jonathan Ross. I could admire the polish and professionalism in the way he transmuted American style late-night chat for UK television, but I was never especially keen on those shows anyway - except for Larry Sanders, obviously. The coolest thing about watching them was being in bed in California instead of London.

Anyway, it all changed for me when I saw Ross's documentary on Steve Ditko. Not only did he communicate exactly the same pitch of enthusiasm, devotion and obsession as I felt myself growing up with Mighty Marvel in the 1960s, he had the irresistible honesty to throw wide his arms and admit to the world: "Yes! I am a comics nerd. The shade of green of Doc Ock's lab clothes matters more to me than all your Beckhams and Madonnas."

This, in Britain, where nerds are not heroes, is the sign of a very brave man indeed. So now Ross is a-okay in my book, and I'm willing to go toe to toe with anybody who has a dismissive quip or withering put-down for his Turf mini-series. So he's not Alan Moore. But he's a better comics writer than many full-time professionals and it's not even his day job. (Or maybe it is now. I don't really keep up with the news.)

Ross is doing a great job of pretty much single-handedly proselytizing the rich and diverse medium of comics to a British public who are indifferent to the entire art form unless it involves either (a) teachers in mortar boards being hit in the face with plates of bangers and mash, (b) funny animals, or (c) profound right-on political comment which is like, ironic, okay, 'cause of being in this medium that's only for kids, see.

Today Ross has managed to talk The Guardian, an ever-so-worthy intellectual UK broadsheet, into giving him several pages to talk about (and to) Jim Steranko. That really is ironic. The Grauniad editors won't have an effing clue what Steranko's work is all about, and given the choice they wouldn't even wrap their designer fish and chips in it. Steranko is, of course, the master of dazzling visual storytelling, a major and somewhat unsung star in the late-'60s Marvel firmament. Which is why he is often featured in Peter Richardson's informative posts on the Cloud 109 blog (for example here and here) - usually at great risk to my credit card, which is immediately whisked off to Amazon to buy the books Peter has been writing about. Red Tide will of course be next. And by the way don't miss Jonathan Ross's reports from Comic-Con. Not too shoddy for a bloke who started his career as a mere primetime TV star. 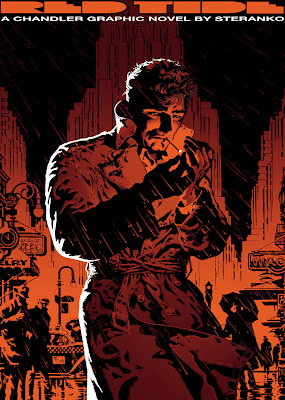