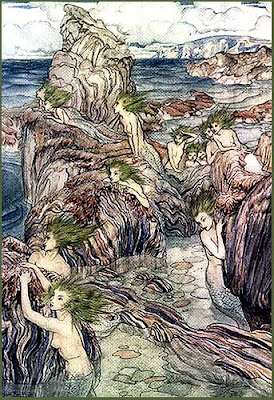 Two more days remain of the under-a-dollar special offer on the Kindle edition of The Year of Wonders. The book comprises fifty fantasy vignettes in the form of correspondence sent from around the world to the Royal Mythological Society. Wondering what to do about a talking cow? Missing breakfast because fairies got at the milk? Turfed out of your local by pirates? Vexed by the problem of how to catalogue a chimera? Or at the mercy of the elements thanks to a levitating roof? Our boffins, armed with little practical experience but plenty of enthusiasm, are ready to advise on these and many other problems caused by the head-on collision of reality and fantasy. For example:

I would expect you to be familiar with our village, as it is famous in a small way for having a sunken twin a little way out to sea. When I was a girl, I could stand on the cliffs and, with the wind in the right direction, it was possible to hear the tolling of the submerged church bell coming up out of the waves.

Now that things are as they are, our submarine neighbours no longer content themselves with the occasional ringing of a bell. Walking my dog along the beach, as often as not I will encounter a group of mermaids riding there. Their manners are polite, but I think there is some teasing in their glance and their ponies are mean little beasts, all shaggy with kelp and very high and briny to the nose. You know the smell when the tide goes right out; it's like that.

My concern, however, is the mermaids’ effect on our village. Twice a week, or Wednesdays and Saturdays, they come and sit on the beach with trinkets to sell. And I know where they get those trinkets. One of them had an ivory pipe that I recognized. It belonged to my grandfather, who was drowned at sea on my first day at junior school.

Yours sincerely, Mabel Catchpole (Mrs), Dunwich
Dr Clattercut replies: An interesting case, Mrs Catchpole, and thank you for bringing it to our attention. I don’t know if I would consider what the mermaids are doing to be looting. Any knickknacks they find on the sea bed were, after all, irretrievably lost to us on dry land. One could argue they are performing a valuable service akin to marine salvage. Admittedly, however, there is a suggestion here of grave-robbing. What do you say, Bromfield?

Prof Bromfield: Hmm? Just thinking… Cabyll-ushteys, those sea ponies are called – that’s what they call them in the Isle of Man, anyway. They’re more than pesky. Get in trouble out swimming and they’ll drag you down and eat you up. All of you except the liver, funnily enough.

Dr Clattercut: I believe the Suffolk version is less outrightly murderous, though still a creature to be wary of. I was kicked by one while collecting trilobites at Aldeburgh two months ago and I still have a bruise. But just a moment – how do mermaids..?

You can get the complete Kindle book of Royal Mythological Society correspondence from Amazon US, Amazon Europe or Amazon UK, and if you want to look at a few more letters you could check out the free previews on MyEbook or fReado.