Have a little (poetic) faith 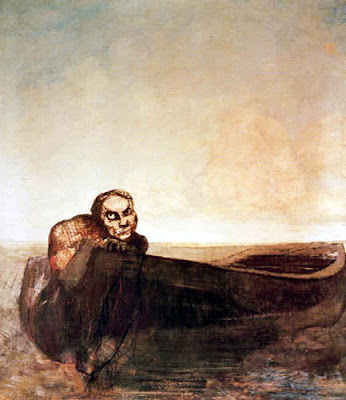 Nobody any longer reads poetry, apparently, so it is now relegated to the role of design feature to make a book look swish. Actually I quite like poetry myself, but that hasn’t stopped me doing my own little act of Philistine vandalism (if that’s not mixing cultures) by plundering some fragments to serve as chapter headings in my interactive retelling of Frankenstein.

If I write out the list of poems I drew on, you can tell the criminal brain of the bunch right away:
Five of those could have been read by Mary Shelley during her stay at the Villa Diodati, where the original Frankenstein novella was written. It’s highly likely she did read three of them there, at least, seeing as both Percy Shelley and Lord Byron were present too. Coleridge and Dryden she would have read as a child. And then… there’s that Blake snippet:

It’s the one that begins, “To see a world in a grain of sand, and a heaven in a wild flower.” You see, you did know it already. Quite a modern poem, when you put it alongside the Byron and Shelley, and I think it unlikely that Mary Shelley ever read it, even though Blake knew her mother, having illustrated her book Original Stories from Real Life. It’s a small world, especially if you’re an 18th century London intellectual.

So what if the Muse inconsiderately didn’t introduce those two lines into the domain of artistic culture till a half-century after Frankenstein was published? They seem so perfect as a description as the monster’s fate, and at the same time expressive of the whole idea of fateful choices in an interactive novel, that nothing else would do to open the second part of the book (my version, that is) which tells the monster’s story. Even the original novel is sprinkled with quotations from recent poems by Percy Shelley – contemporary works when Mary wrote the book, no more egregious than lines from Pete Doherty appearing in a videogame. Yet, of course, they could not be there, because the ostensible author is Victor Frankenstein, who died in 1798 or ’99. Since he probably didn’t find a bookshop selling Coleridge’s works near the North Pole, the only one of my choices he could conceivably have been able to quote is the Ovid. And Victor would probably have known it better in the original Latin, the language he falls back on (again, in my version of the novel) when he needs to have a conversation with a doctor in Athens.

Emerson warns us about foolish consistencies. I haven’t had Victor and his friends speak like characters in a Regency novel – mainly because people in the early 1800s didn’t talk that way either, but also with the excuse that it’s mostly a translation from French anyway. You won’t see any wristwatches. The current affairs that occupy their interest are those of the 1790s. The poems, though - those we must see as outside the framework of Victor’s narrative, just like the illustrations and the iOS code in which the app is compiled.

Now, if you really want to take me to task for wilful anachronism, how about Victor’s conversation with an Oxford chemistry professor about the effect of ethyl methanesulphonate on human tissue cultures? Over to you, Dr Tyrell.
Posted by Dave Morris on Friday, March 23, 2012