How I made my monster - Part 1 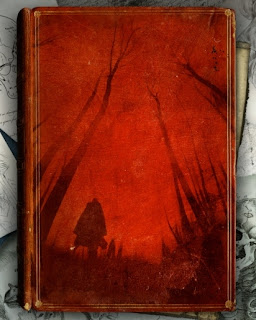 Writers just can’t help making stuff up. Terry Nation claimed he got the word Dalek from the spine of an encyclopaedia, a story he stuck to for years, because the only other response to “where do you get your ideas?” is to punch the questioner in the face. Mary Shelley said that her monster bounded ready-made into a dream:


My imagination, unbidden, possessed and guided me, gifting the successive images that arose in my mind with a vividness far beyond the usual bounds of reverie. I saw—with shut eyes, but acute mental vision —I saw the pale student of unhallowed arts kneeling beside the thing he had put together. I saw the hideous phantasm of a man stretched out, and then, on the working of some powerful engine, show signs of life, and stir with an uneasy, half vital motion. Frightful must it be; for supremely frightful would be the effect of any human endeavour to mock the stupendous mechanism of the Creator of the world. His success would terrify the artist; he would rush away from his odious handywork, horror-stricken. He would hope that, left to itself, the slight spark of life which he had communicated would fade; that this thing, which had received such imperfect animation, would subside into dead matter; and he might sleep in the belief that the silence of the grave would quench for ever the transient existence of the hideous corpse which he had looked upon as the cradle of life. He sleeps; but he is awakened; he opens his eyes; behold the horrid thing stands at his bedside, opening his curtains, and looking on him with yellow, watery, but speculative eyes.

I’m not saying it’s impossible, but she did write that fifteen years after the event, and when she adds her realization that “I have found it! What terrified me will terrify others; and I need only describe the spectre which had haunted my midnight pillow,” I think we can all detect some artful revision going on. People want a simple story. The truth is that invention is rarely so clear-cut.

My own Frankenstein creation, appropriately enough for a branching narrative, came about via an untidier route with many side paths. I wrote a lot of choose-your-own-adventure type books through the ‘80s and early ‘90s, and towards the end I was chafing at the restriction that the second-person narrative imposed on my storytelling skills. As a game designer, I am willing to switch off my authorial side – in fact, I insist on it – so I was happy in the Fabled Lands books to just create a sandbox world and let players loose in it. But in more story-driven gamebooks like Heart of Ice and Down Among the Dead Men, you will be able to see me trying to enrich the narrative beyond the “which door do you pick?” level by creating a bevy of fully developed secondary characters with whom the reader (the player-character, so to speak) develops a relationship.

If there was a eureka moment, it came when I was developing a few interactive drama ideas for Flextech and Endemol in 2001. No, there wasn’t a monolith, but the Damascene flash came as one of Flextech’s producers started talking about his idea for some kind of steampunk adventure thing. “We want to encourage the viewer to play a role,” he said, going on to list choices such as Crimean war veteran and Ottoman trader. But all I was thinking at the time was, “We’ve got to get our heads out of this box. I’ve been thinking like a role-player, and most people do not want to role-play.”

Part 2 of the making of the Frankenstein app on Monday.
Posted by Dave Morris on Friday, May 11, 2012