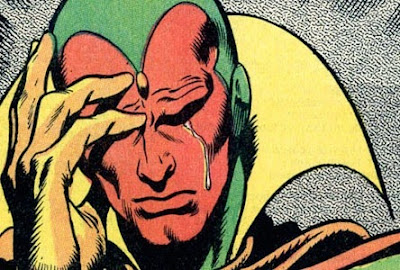 Age of Ultron, then. I know you don’t want spoilers. How would I spoil it, anyway? You already know the arc of the movie long before you see it, because it’s the arc demanded by the sheer weight of franchises and star contracts, by the simple need to toss bread to the international circus-goers, never mind selling an SUV-load of toys to their kids.

Scientists create an artificial intelligence and it’s benevolent and means only good for mankind. No? How about: scientists create an artificial intelligence, spurn it, and in doing so teach it only to respond with loveless rage and destruction? Uh-uh, for something as sophisticated as that you need an 18-year-old girl. The AI tries to take over the (yawn) world, then. Hilarity ensues. (No, really.)

Taking over the world starts by Ultron getting into the Internet. Possibly that explains why he also becomes artificially dumb, as whatever the software you’re equipped with, the entire Internet doesn’t have the processing power or complexity required to simulate one human brain. That could explain why he wastes time looking for the Pentagon’s nuclear missile launch codes, which even with staff cuts are hopefully not actually connected to the freakin' Internet. And don’t get me started on how a super-genius AI copes with global bandwidth.

OK, so lots of dumb decisions later, the inevitable big-as-Dumbo climactic battle. My main takeaways from this are, first, that robots are pretty fragile, especially the armour-plated variety. You hit them with anything hard, even the butt of a gun, and it’s likely a limb will fall off. Also, they become weaker in proportion to the number of robots in the army. Oh, and they are really, really stupid.

Maybe the problem is villains, period. We know that the world’s problems go so much deeper than one bad apple, so the villain just seems like a trivial and ineffectual pantomime bully. And villains’ dialogue always sucks. It’s like everyone involved knows that the villain is a lame carry-over from moustache-twirling landlords in old silent movies, doomed to talk a good fight till the final prole-pleasing punch. Next up in this never-ending Marvel merry-go-round: acromegalic alien beetroot Thanos. Oh god, kill me now, just don’t monologue like a silkily smooth thesp for five minutes before you do it.

Second takeway: if you’re putting a new superhero into a movie, you really need to give them powers that the viewer can easily grasp. You need it to be show not tell. Spider-Man shoots webs, climbs walls, and is strong and agile. Reed Richards can stretch. We don’t have to know exactly how strong the Hulk is, but we know he can bust stuff up and lift a really big weight. Being flesh rather than metal, no limb will ever fall off him. Well, maybe one tooth, if a building is dropped on his head.

But when we’re told that a character has powers of “telekinesis, telepathy, other psionic effects” then we are never going to have a clue what they can do. Whatever the plot requires, probably, just as long as they prance like a tit while doing it and a CGI geezer is on hand with his particle effects package in Autodesk Maya.

I said hilarity ensues, and I wasn’t kidding - unlike Joss, who never stops. Each character has a stock of quips. It soon feels relentless, as though Buffy Summers has taken over everyone’s heads and given them a snappy teen one-liner to see them through the gruelling times when the sticky tape holding the story together looks like giving way. The cinema audience laughed and laughed, but that doesn’t mean much. The same kind of people also gave a snigger when Nero set Christians on fire. I just thought: Joss, baby, don’t you want me to care? I think he was desperate. In between all the shouting and ‘splosions and the damned soulless CGI, he just clung to what he does well.

What he does well, he does very well. The scene when Cap tries to lift Thor’s hammer, the look on Thor’s face. That’s gold, a lovely character moment. A shame, actually, that it turned out to just be set-up for a payoff scene that came later. The payoff wasn’t nearly as good and in retrospect it cheapened the earlier scene. Oh well, it came towards the end – and then again, the same payoff with added joke, in case we missed it the first time.

And a nice scene between Clint Barton and his wife, gently ribbing him for failing to notice an Avengers office romance. (And by the way I’ve never seen any evidence in real life that women are so much better tuned to that stuff than men. Possibly they’re more interested in feelings, on average, unless that’s a myth too, but they’re certainly no better at intuiting them.) And here I was thinking Joss was really down on gender clichés after his remarks about that Jurassic Park teaser. Anyway, quibbles aside, he does that stuff well and the “Hawkeye” line was perfect.

And then – like hope flitting up from the bottom of the jar – there’s Mark Ruffalo. Oh, such brilliance in every expression, every line reading. He’s worth the price of admission just on his own. If only Joss could give us a Hulk movie. A Banner movie, I mean. Fewer characters, more time to develop a story, more character moments so that when the stomping and growling kicks off we might actually care. That would be worth your 15 bucks for sure.

Look, I honestly don’t have the time or the will to review the movie, but Sady Doyle did and I agree with much of what she said. Here it is if you’re interested, but I know it won't change anything. 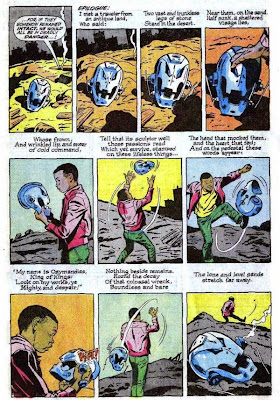