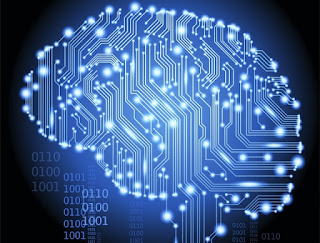 The best of humanity are characterized by an open mind, insatiable curiosity, and a youthful - indeed, childlike - sense of wonder and delight. For these qualities, few surpass Lord Rees, the Astronomer Royal. If you get a chance to hear him talk, don't miss it. I was lucky enough to attend his lecture on "Real and Counterfactual Universes" a few years ago and the experience was like having a new section of my brain switched on.

Here he is writing in the Telegraph about artificial intelligence:


"By any definition of 'thinking', the amount and intensity that’s done by organic human-type brains will, in the far future, be utterly swamped by the cerebrations of AI. Moreover, the Earth’s biosphere in which organic life has symbiotically evolved is not a constraint for advanced AI. Indeed, it is far from optimal – interplanetary and interstellar space will be the preferred arena where robotic fabricators will have the grandest scope for construction, and where non-biological “brains” may develop insights as far beyond our imaginings as string theory is for a mouse."


"Abstract thinking by biological brains has underpinned the emergence of all culture and science. But this activity – spanning tens of millennia at most – will be a brief precursor to the more powerful intellects of the inorganic post-human era. So, in the far future, it won’t be the minds of humans, but those of machines, that will most fully understand the cosmos."

Anyway, it's a thoughtful and thought-provoking piece and you should read it in full. But why I mention it here is that, a few days after the Telegraph article was published, I saw this headline:

Good grief. How did we get from Lord Rees's article to that? It's like reporting on the crucifixion with the headline: "Jesus says human beings are all idiots who deserve hellfire". The clue is that this piece appeared in the Daily Mail. A friend once told me that the MailOnline website is the most popular news site in the world. If true, that explains a lot about the mess we're in today.

First, this isn't an original interview with Lord Rees. The Mail's "reporter" Ellie Zolfagharifard has simply quoted extensively from the Telegraph article and interposed her own interpretations. For example, look at Lord Rees's point above about advanced AI not being constrained to the tiny film of air and water around our own round piece of rock. "Interstellar space will be [their] preferred arena." Then look at the Mail's reading of that statement:


"The fact that AI isn't constrained by Earth's biosphere, makes it an even deadlier threat."

The extra comma is theirs, by the way. Continuing this epic fail in the art of précis:


"Sir Rees suggests that super-intelligent robots could be the last invention that humans ever make."

Quite apart from not being what he said at all, that should of course be "Sir Martin" if for some reason you don't want to give him his correct title as Baron Rees of Ludlow.

That use of "Sir Rees", though, at least accurately reflects the journalistic standards of the MailOnline. It's bad enough to cobble together your content by swiping from another newspaper, without then applying a scaremongering interpretation that is the direct opposite of what the original author was saying. MailOnline is the most popular news website in the world? Then hire some subs and some proper journalists, you cheapskates.
Posted by Dave Morris on Thursday, May 28, 2015