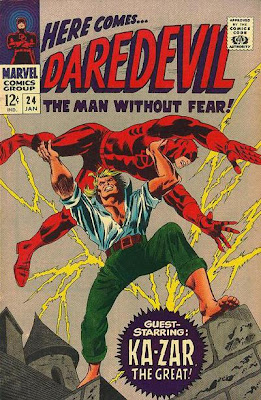 The first new comic I bought had a classic Gene Colan cover: a dramatic up angle with just enough architectural detail to establish a sense of place but all the emphasis on the characters in muscular action pose.

I don’t know why I picked Daredevil. I’d been following Marvel characters in tattered old anthology books from the secondhand store across the road from the newsagent, all the stories out of order, covers scuffed white, and I already knew I liked Iron Man and Spider-Man best. But Daredevil had Colan’s art, and that was a revelation to me.

Ninepence on the counter and now I was a true collector. And immediately Gene Colan was the artist for me. I liked the openness of John Romita’s work, the gut-busting cartoony energy of Kirby, the clean precision of Don Heck, but Colan’s stuff was rawer and it was real. He could skimp on background detail, favoring tight shots that let him focus on the characters. But after all, the characters’ feelings and actions are what matter in a story. Lavishly depicted scenery in a comic book is like descriptive prose in a novel – you want just enough. And Colan knew exactly how much that was.

Take a guy hailing a cab in the rain. Kirby would give you a beautifully formalized fire hydrant and newspapers billowing soggily in the gutter. Ditko might give you a shot down on the whole street, with rain sluicing off gargoyles and the character dwarfed by the elements. Colan, though – he’d just show part of a building, the curb and the fuzzy headlights lights of the cab, all as sketchily under-detailed as possible, leaving the emphasis on the man raising his arm. And that line of action would be perfect – not the “model posed in the act” that most comics artists would give you, but a panel like a paparazzi shot catching a moment of action in a continuous movement. 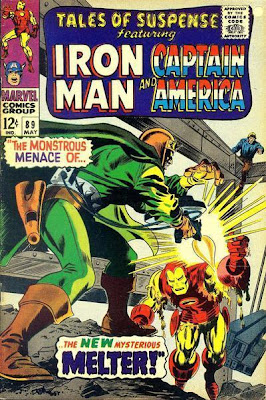 That’s what Gene Colan had that other comics artists lacked. They’d dress a scene wonderfully, like a movie set, but Colan clothed it in reality. If he drew characters in a gym, you could smell the stale sweat. His New York sweltered in the summer and in the winter you could feel the bone-scooping cold. If he drew a ceiling collapsing, you felt the weight of the rubble. And most of all there was the constant sense of movement. His cars and trains sped by; his characters lunged and spun; emotions seemed as real as if the characters were in the room with you; a kick from Daredevil looked like it’d knock your teeth out.

Gene Colan died this week and the Silver Age of individual, idiosyncratic artistic talent like his slipped further away from us. But it gives us an excuse to briefly push aside the veil and bask in a ray of sunlight from those halcyon days. Thanks to digital comics, a lot of those great works are available again, and I advise anyone with a dream of working in comics to take an afternoon or two and really look at Gene Colan’s work from the late sixties through to the mid-seventies. We lived in the presence of genius then and we could buy it for ninepence a month. That’s something worth celebrating.

Also, imagine my delight, having read Daredevil #24 and gone back for more, when I discovered he was also drawing Iron Man! 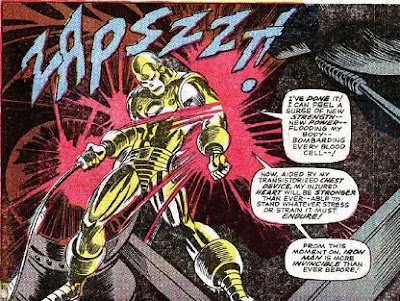